This Week's Bestselling Picture Books from the New York Times

There was quite a bit moving around on the list last week, and How to Find Flower Fairies and The Alphabet from A to Y With Bonus Letter Z! didn't make this week's cut. This week's rankings reflect book sales for the week ending December 29th.

Here are this week's top-selling picture books, courtesy of the New York Times. Check out their Children's Book Page for this week's bestselling chapter, paperback, and series books. (The Harry Potter Series is number #4 in its 170th week!)


1. The Night Before Christmas

In its 14th week on the list, it edged into the number one spot this week. The New York Times doesn't list a specific publisher or illustrator as various copies were all over bookstores over the holiday season. I picked up Ted Rand's version for my daughter because I didn't have a copy of this classic poem for her library.

This book has been on the list for six weeks and moved up a spot this week. It is really neat and would be a great gift for a High School Musical fan in your life. It looks like a scrapbook made by someone who goes to the school with ticket stubs, pictures, notes in lockers, etc. It would be especially good for a reluctant pre-teen reader.

3. Star Wars: A Pop-Up Guide to the Galaxy

Themed pop-up books seemed to be the trend in 2007. In its 11th week, this book moved down from number one to number three this week. If you have a Star Wars fan in your life (or you are one), this is a great collectible.

written and illustrated by Jan Brett

Holding steady at number 4, Jan Brett's newest book has been on the list for 15 weeks. This is a spin on Goldilocks and The Three Bears. Al-ooki, an Inuit girl in the Artic visits the home of a polar bear family. If you haven't seen this book that was just published in September, I highly recommend it. As always, Jan Brett's illustrations are gorgeous, and I always love a retell of an old classic, especially one that features different cultures.


5. On the Night You Were Born

written and illustrated by Nancy Tillman 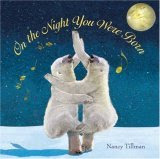 This book remains at number five in its 16th week on the list. The rhythmic language, beautiful illustrations, and touching content make this a must-have for any new or expectant parent. I also have a copy of Debra Frasier's On the Day You Were Born

which complements On the Night You Were Born well. 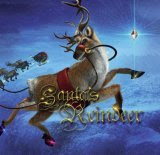 This book debuts at number six this week, and is the first of two of Rod Green's books on the list. This book is full of beautiful illustrations and tons of information about reindeer. Designed with lots of cool flaps and envelopes, this interactive book is entertaining for kids of all ages.

After a short hiatus, Rod Green's second book on the list makes it back. Designed like Santa's Reindeer, this interactive books with hidden flaps and envelopes reveals all you ever wanted to now about the mysterious jolly old elf and much more. It even includes the one and only "Naughty and Nice" list. Rod Green's creativity and originality would make a fine addition to any child's library.

In its seventh week on the list, Gallop! moves down a spot. This book is amazing! By flipping through you book you can see a horse galloping, an eagle soaring, and many other animals in movement. The content rhymes and has funny replies that will leave your child laughing.

Staying in the number nine spot, this book has been on the list for 5 weeks. I've been a Frank McCourt fan since he told his raw and heart wrenching account of his childhood in Angela's Ashes

, but I'm always skeptical when an author of adult books branches out in the world of children's literature. Luckily, I was not disappointed with Angela and the Baby Jesus. It's a wonderful, heartwarming story of six-year old Angela in Ireland.

10. The Chronicles of Narnia Pop-up: Based on the Books by C. S. Lewis (Narnia)

Also on the list for five weeks, this book dropped two spots this week. I'm a huge Narnia fan, so this book is right up my ally. The book features a stunning pop-up spread of each of the seven books in the series.

Last week I predicted that The Night Before Christmas would drop off the list...shows what I know. But I wonder how many of the three Christmas books will stay on next week.
Posted by Unknown at Sunday, January 06, 2008